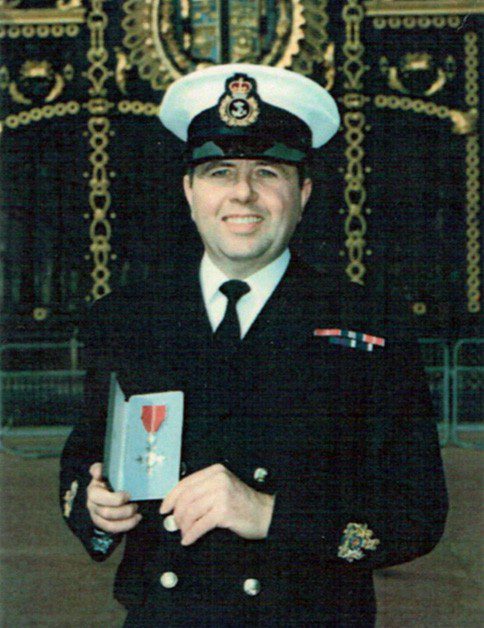 One of Britain’s most highly decorated post-war clearance-divers, Warrant Officer Diver Terry Settle, has died at the age of 76.

The Daily Telegraph carried an obituary by military historian Capt Peter Hore RN, who wrote that Settle was “remembered equally for his cool head as for his inspirational leadership”.

Settle joined the navy as a boy seaman in 1960. With the frigate Berwick he took part in the Indonesia-Malaysia confrontation of 1963-66 and, with the frigate Ajax, the British withdrawal from Aden in 1967.

Over 25 years working as an explosive-ordnance clearance diver his awards culminated in the Queen's Gallantry Medal (QGM), and also included three Commander-in-Chief’s commendations for bravery and expertise, while in 1980 he was awarded the British Empire Medal for military service.

The QGM followed an outstanding exploit in September 1984, when Settle led a dive-team to investigate after a number of ships had been hit by mines thought to have been laid by Libya in the Gulf of Suez.

His ship, the minehunter Gavinton, found an unidentified object half-buried in mud at 42m at the exit of the canal, wrote Hore. In poor visibility Settle photographed and surveyed the mine and used airbags to tow it into shallower water. Suspecting it to be a new type of Soviet mine, he obtained a Soviet spanner from the Egyptian navy and used it to deactivate the device, which contained 600kg of explosives.

Five months later in the Persian Gulf during the Iran-Iraq war, Iraq struck the supertanker Fellowship L with an Exocet missile 2m above the waterline. The device ended up in the forward tank, which contained 23,000 tonnes of crude oil, but failed to explode. When asked if he would be able to investigate within three weeks, Settle replied: “Twelve hours max.”

The oil was pumped out but, with France’s Exocet manufacturer uncooperative, Settle had to make his own assessment on rendering the missile safe. He arranged its lifting from the bottom of the tank and disposed of it in deep water.

Also in 1985, Settle’s Fleet Clearance Diving Team worked to clear the Grand Harbour in Valletta of wartime ordnance – though the divers had to conceal their identities because Malta’s prime minister Dom Mintoff had ordered British forces off the island.

They managed to remove large amounts of weapons and explosive devices, and dismantled wrecks often in difficult and dangerous conditions – with Mintoff as an occasional observer.

Settle later became an instructor at the Defence Explosive Ordnance Disposal School. He retired from the Navy in 1995, but ran his own health & safety consultancy called Settle For Safety. He died on 2 March, leaving his wife Margaret and two sons.