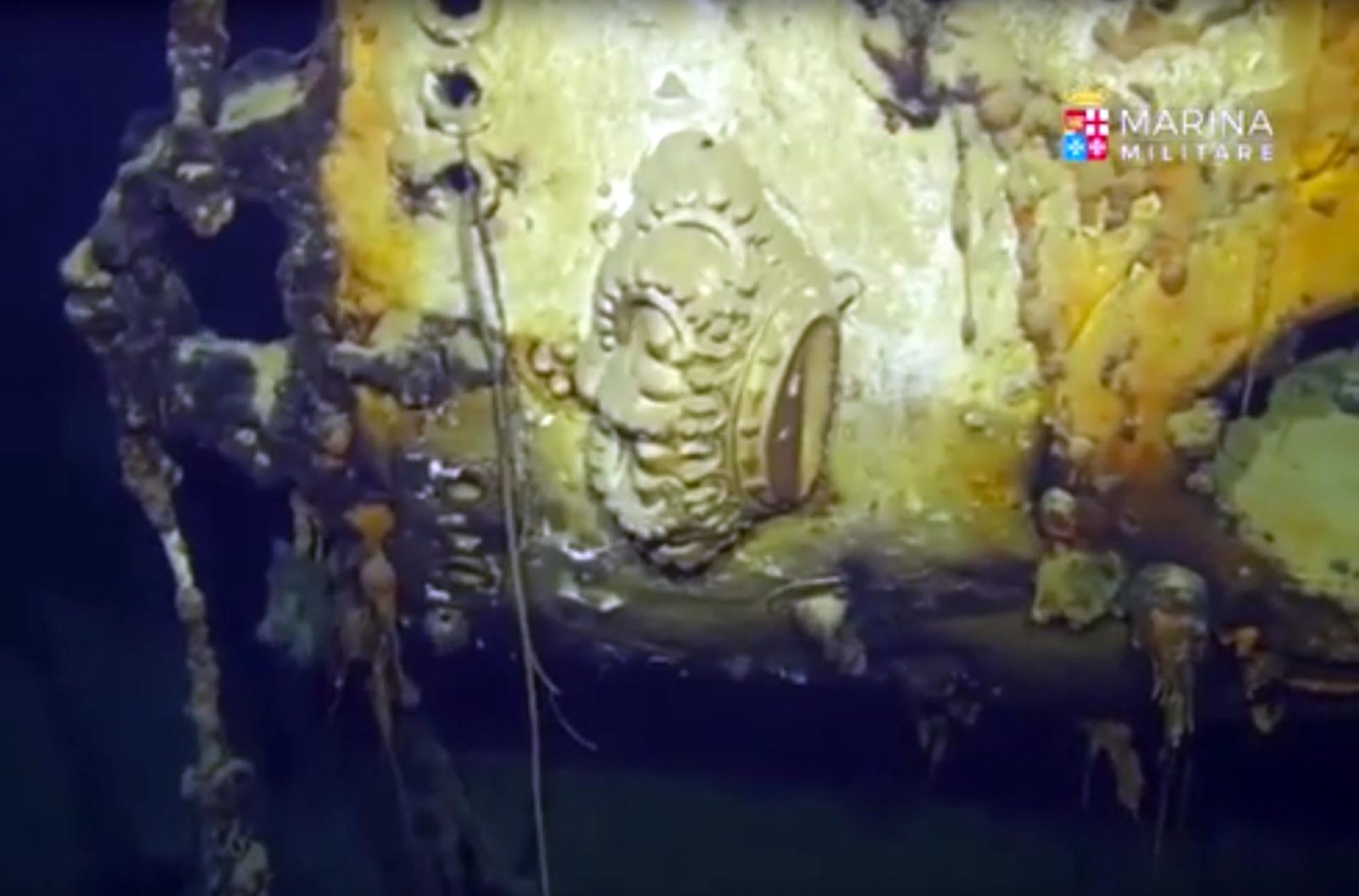 The warship victim of a British submarine during World War Two has been discovered in the Mediterranean by the Italian navy – at a depth of 1500m.

More than 370 of her 507 crew died when the 169m warship was struck by two torpedoes and broke rapidly in two. The strike came as part of the British campaign to block supply routes to Axis troops in North Africa.

The camera picked up the image of a crown at the stern – the symbol of the Italian royal family.

Built in Italy, the 7000-ton Giovanni Delle Bande Nere (John of the Black Bands) was launched in 1931.

She carried 14 guns and two seaplanes and was capable of a speed of 37 knots, but also had notably thin armour-plating, mostly under 25mm.

HMS Urge was lost with her entire crew only three weeks after the sinking of the cruiser, while heading from Malta to Alexandria. The location of the wreck is unknown, though the submarine is thought likely to have struck a mine off Malta.