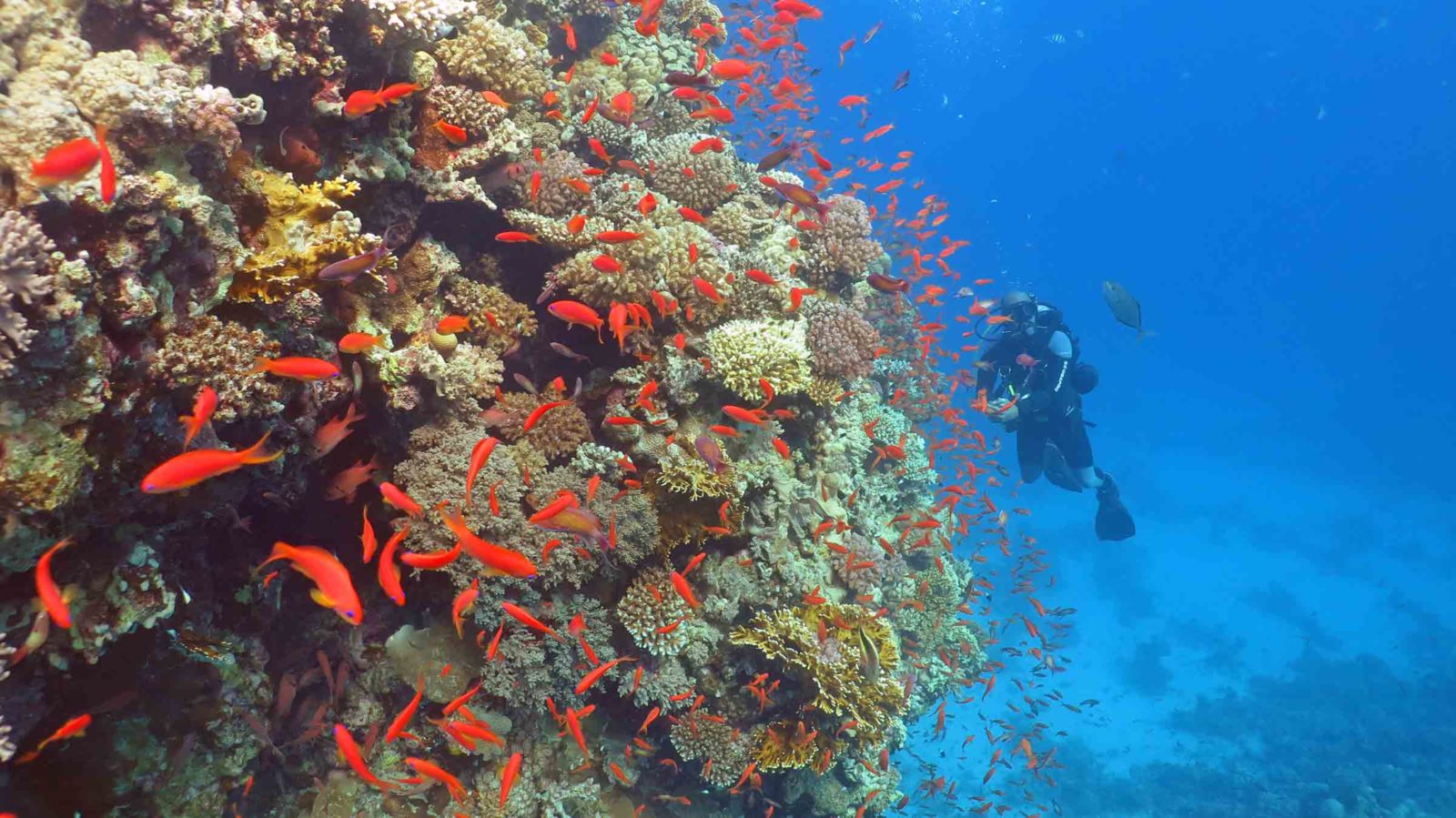 The Red Sea is traditionally the favourite escape for UK scuba divers, and that choice could prove fortunate for them in future. As climate change causes ocean temperatures to rise, the northern Red Sea has been shown to host heat-resistant reef-building corals that make it a unique “thermal refuge”. But why is that the case?

The question is being asked in a large-scale research programme undertaken by KAUST (King Abdullah University of Science & Technology) in Saudi Arabia.

Marine scientists from its Red Sea Research Centre also led the recently published international study that concluded that global damage to marine life could be reversed within a generation, as reported yesterday on Divernet .

Throughout most of the world, coral-bleaching occurs when mean summer maximum temperatures in a region are elevated by only 1-2 degrees Centigrade. In the northern Red Sea, in contrast, temperatures would need to rise by 5 degrees to have the same effect.

“It seems that northern Red Sea reefs constitute a global coral-reef refuge that deserves our attention and protection,” says KAUST marine scientist Prof Christian Voolstra, adding that the area “is the only place on Earth that I am aware of with this characteristic.

“These coral reefs have a climate-change insurance for the next 100 years. We should make sure that this resource is conserved, and we should also invest in the research to figure out why this is the case.” The study aims to pin down genomic differences between the resilient northern and more vulnerable southern Red Sea corals.

One theory is that the Red Sea was disconnected from the Indian Ocean some 15,000 years ago, drying out before refilling and being recolonised by corals that had to pass through warmer southern waters. Only those with high thermotolerance would have survived the journey.

Another theory is that thermotolerance results from the northern Red Sea’s higher salinity, which is normally associated with warmer temperatures and increased evaporation.

Red Sea corals are bleaching in the south with its higher temperatures, and to a lesser extent in the central region. “In the Red Sea in the summertime the average water temperature is above 32 degrees C,” says Prof Manuel Aranda, “and this would kill – basically wipe out – corals in the Caribbean, on the Great Barrier Reef etc.

“However, corals here can survive these temperatures, and we’re very much interested in finding out why – and of course how – so we can use this knowledge to help corals elsewhere.”

Their Saudi Arabian base gives the KAUST scientists access to the entire range of Red Sea corals from north to south, and they say that the nature and range of their research programme is unprecedented in the Red Sea.

“We need to act in the coming 20 years to save as many reefs as possible until we have developed or engineered broader solutions to counter the effects of a changing climate,” says Voolstra.