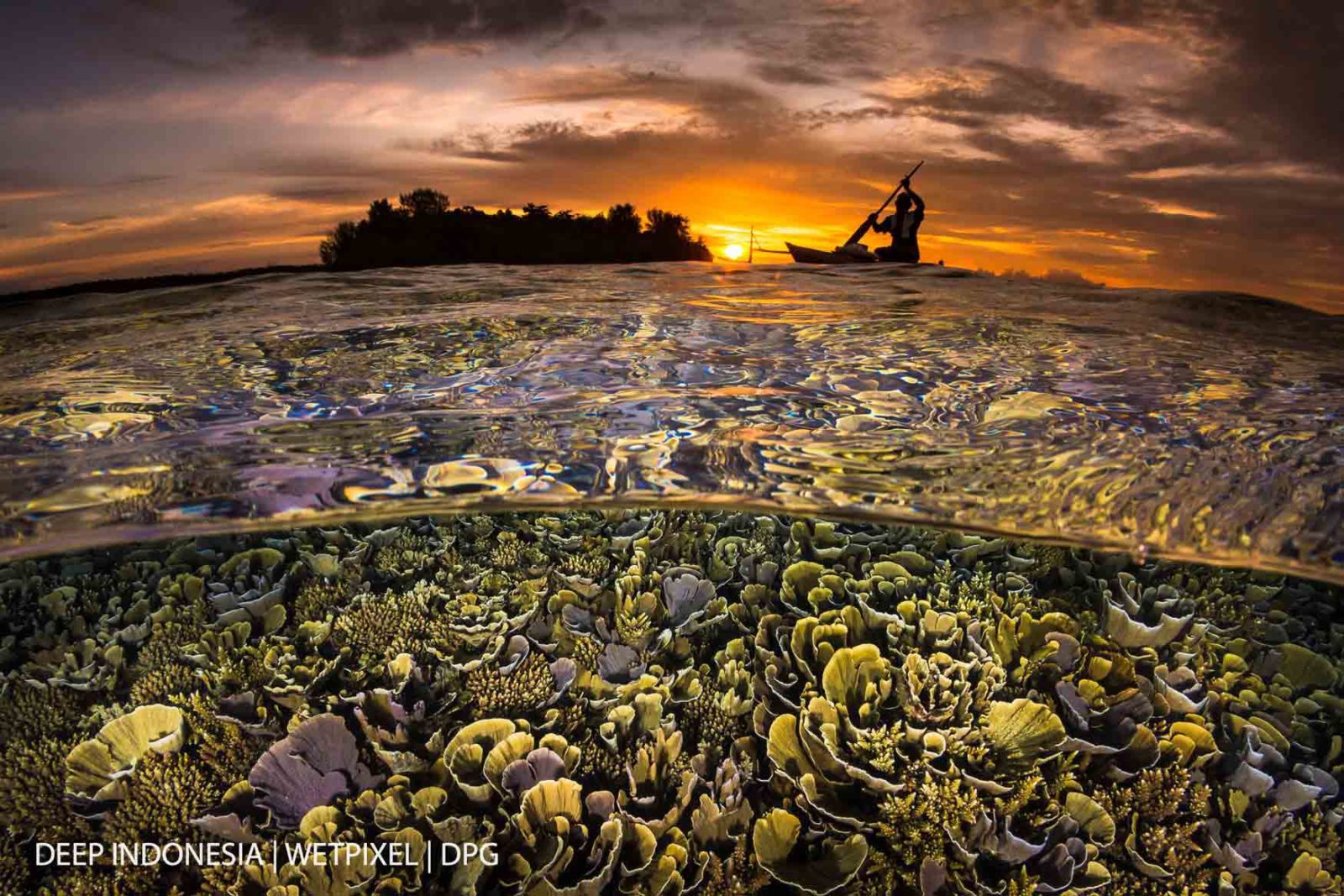 This photograph, Papuan Sunset by Grant Thomas, has topped the Over-Under category and been named overall winner of the 2019 DEEP Indonesia contest, organised by photo websites Wetpixel and DivePhotoGuide for underwater photographers from around the world.

The placed shots “represent some of the finest images that have been produced by underwater photographers over the past few years”, claim the organisers, adding that for anyone planning to enter such competitions the published judges’ notes are “essential reading” .

The judging panel consisted of Adam Hanlon, Andrew Marriot, Burt Jones & Maurine Shimlock, Christian Vizl as well as Aaron Wong, who said that the winning shot showed that Thomas “not only had a good idea of what he wanted to shoot but also had a good understanding and control of light.”

“Beautifully composed elements that combine to emphasise the beauty of the scene, both above and under the water – a shining example of how an over and under should be done,” was Hanlon’s verdict, while Marriot added: “Over-under, evenly lit, great composition, and all in focus. I’d put this on my wall.”

“We know how difficult it is to get so many factors aligned to create such an image,” said Jones and Shimlock. “Environmental conditions with no wind and flat water, a cooperative secondary element (the canoe), the sunset, the foreground lighting and the placement of the camera all had to come together… This image is constructed to lead the viewer’s eye through the photograph’s near, middle and far elements. It speaks to us on a deep emotional level. This image was not taken, it was created!”

And Vizl summed up: “Flawless use of half-and-half technique combined with a very artistic eye that chose the right angle from the right place at the precise right moment. Everything comes together in a beautiful way that leaves you with such a warmth feeling.”

The other category-winning photographers were Jinggong Zhang (Animal Behaviour), Tyler Schiffman (Reefscapes) and Ipah Uid (Compact Camera). Placed images can be seen at http://wetpixel.com/contests or http://www.divephotoguide.com

DIVER magazine’s forthcoming MAY issue, out in mid-April, contains an Indonesia Special supplement, as well as Henley Spiers writing about the “ringflection” photographic technique.