Oceanic whitetips on the brink

Oceanic whitetips on the brink 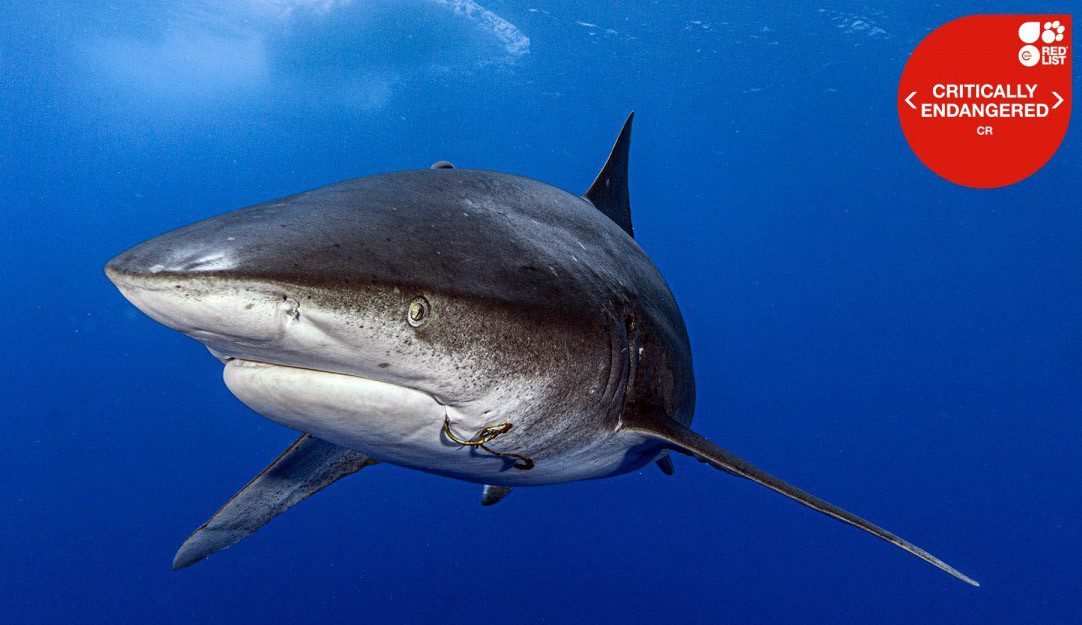 Oceanic whitetip sharks, a species particularly popular among scuba divers and a few decades ago the most common pelagic shark in the tropical oceans, have been reclassified from Vulnerable to Critically Endangered globally, with devastating population declines of up to 98% reported.

The news, part of an update of the IUCN Red List on the conservation status of 29 species of sharks, rays and skates, has coincided with failure at the annual meeting of the Western & Central Pacific Fisheries Commission (WCPFC) for member-states to agree on improved protection for the species.

An almost-95% decline in the oceanic whitetip population of the western and central Pacific has been described as “catastrophic” by WWF International. The wildlife conservation charity had urged the WCPFC to adopt a recovery plan to save the species from extinction in an area that covers almost 20% of the Earth’s surface.

It also wanted to improve the plight of other sharks and rays targeted by the international sharkfin trade and bycatch in Pacific tuna fisheries. However the meeting, which closed on 11 December, ended in disappointment, according to WWF.

“The commission’s annual meeting was the first real opportunity for the member-states to act on these alarming findings,” it said. “Unfortunately, they did not rise up to the challenge. The tragic situation of the oceanic whitetip shark was not substantially addressed during the meeting, with no opportunity to even consider a much-needed recovery plan as a solution.”

Member-states did adopt an updated Conservation & Management Measure (CMM) for sharks, including for the first time a “fins-naturally-attached” policy. WWF said that, while this was the most effective way to eliminate shark-finning at sea, the policy also included a set of alternative measures that were likely to limit its effectiveness.

The CMM comes into effect on 1 November 2020, except in Indonesia, the world’s biggest shark-catcher, which requested an extension until 2021.

The commission also failed to approve an effective ban on wire traces (fishing-gear through which sharks cannot bite) – a proven method for reducing shark deaths – though it agreed to adopt Shark Safe Release guidelines to minimise bycatch-related mortality. An existing catch-and-retention ban would remain in place for oceanic whitetip and silky sharks.

There was some good news for rays caught as bycatch in the form of a new CMM for mobulids from the start of 2021. The latest IUCN Red List reveals that more manta and mobula rays than ever are now threatened with extinction.

“The adoption of two CMMs for sharks and mobulid rays by WCPFC is a positive step towards ensuring that these species are managed more responsibly in the western and central Pacific,” said WWF’s Dr Andy Cornish.

“We are disappointed though that the member-states did not address ongoing overfishing of the dangerously depleted oceanic whitetip shark. With the population pushed to the brink of extinction, there is no time to waste.”

Also reassessed on the IUCN Red List are two iconic hammerhead shark species, great and scalloped, now classified as Critically Endangered globally as populations have crashed by more than 80% in the past 70 years. Dusky and pelagic thresher sharks have become globally Endangered, with threshers declining by up to 80% in the Indo-Pacific and the global population of duskies down by more than 80%.

IUCN scientists have also updated the status of sicklefin, bentfin and Atlantic devil rays to Endangered, so seven out of nine mobulid species are now threatened with extinction through overfishing.

Divernet recently reported on the failure of states to protect endangered mako sharks from the predations of the tuna-fishing industry in the North Atlantic.