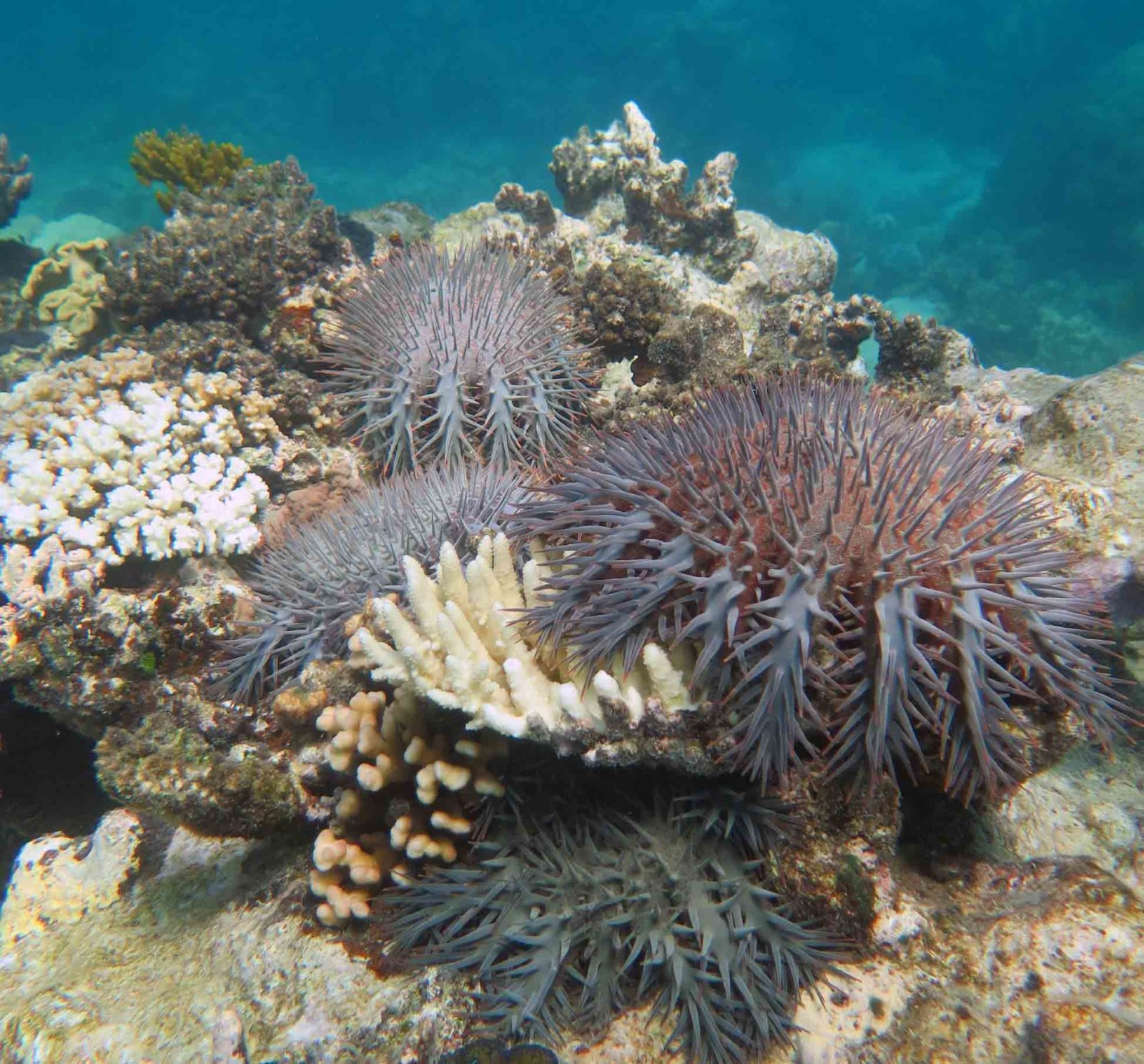 Coral-munching crown-of-thorns (COTS) starfish can find their own way home – but only if their neighbourhood is stocked with their favourite food.

Homing starfish had never been documented before, say Australian scientists who have been observing their behaviour on the Great Barrier Reef. They watched individual hungry COTS emerging from their shelters in the afternoons to feed on coral during the night before returning home at dawn.

“The crown-of-thorns starfish often partied all night, slept in and only those with a well-stocked larder found their way home – so it’s very much a teenager model of behaviour,” said lead author Dr Scott Ling from the Institute for Marine & Antarctic Studies at the University of Tasmania.

“Their preferred prey is Acropora corals,” said co-author Professor Morgan Pratchett from the ARC Centre of Excellence for Coral Reef Studies at James Cook University (CoralCoE at JCU), referring to one of the basic building blocks for reefs globally. “When populations of Acropora dropped, the starfish didn’t return home. Their behaviour is directly linked to the local abundance of Acropora.”

The study reveals that healthy reefs with high Acropora cover might be inviting COTS aggregations and the outbreaks that cause extensive and sustained coral loss throughout the Indo-Pacific region.

The researchers used in-situ time-lapse photography to track the movements of 58 starfish in the northern and southern GBR during a 2015 outbreak. When the COTS couldn’t find Acropora they became effectively homeless, and would wander up to 20m a day.

“Unlike sea urchins that can switch diet once they overgraze kelp forests, results of the time-lapse monitoring indicate that the starfish will consume available Acropora and ultimately eat themselves out of house and home, before dispersing in search of new feeding grounds,” said Dr Ling.

Previous GBR outbreaks were recorded in 1962, 1979, 1993 and 2009. Bleaching caused by climate change is now the greatest threat to coral reefs worldwide, but combined with COTS outbreaks it can prove catastrophic.

“By better understanding the behaviour of these starfish we can help prevent and control their outbreaks, which will help alleviate the pressures on coral reefs,” said Prof Pratchett.

The study has just been published in Proceedings of the Royal Society B.