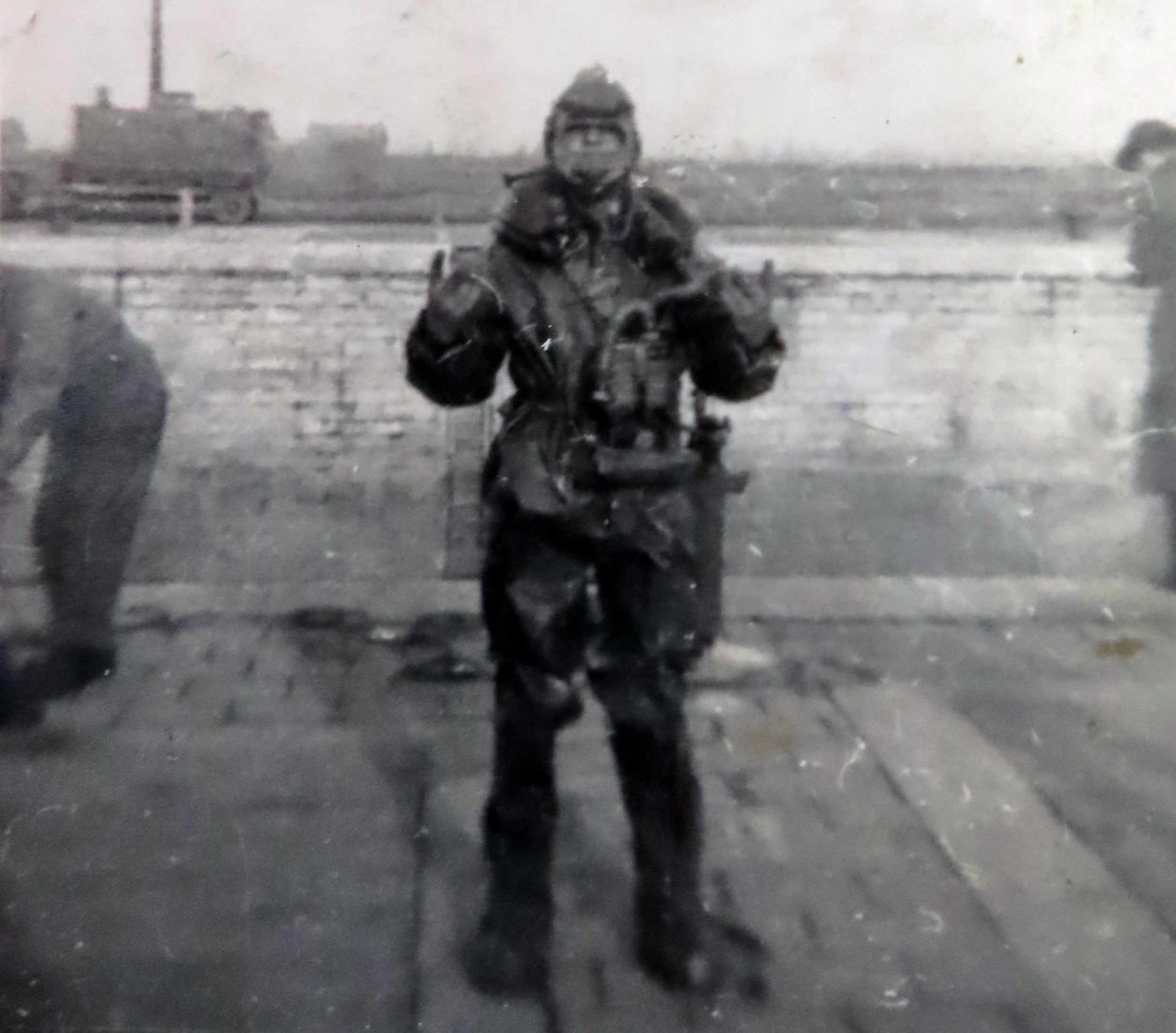 The last surviving WW2 bomb-disposal diver has been honoured during a visit to Gosport’s Diving Museum.

John Payne, 96, trained as a Royal Navy clearance diver in 1943. He went on to become part of an elite team that cleared mines and unexploded bombs from harbours and ports in occupied Europe, making the areas safe for troops to go in.

As one of the first Ports (P) Party 1571 group, Payne helped to secure the Allied bridgehead on the Normandy beaches following D-Day in June 1944.

Described as “human minesweepers”, there were eventually some 100 P Party divers, and the Royal Navy regards them as having paved the way for its modern clearance divers.

Payne left the navy in 1946 and now lives in West Sussex. Attending the special event with his wife Jill, he was said to have been visibly moved when presented with a commemorative frame honouring his work by members of the Fleet Diving Unit, led by Warrant Officer 1 (Diver) Simon Crew.

“I looked at the equipment that he was wearing, a canvas suit, a mask with really limited visibility and a diving set that I probably wouldn’t even have used in the bath,” commented WO1 Crew. “To look at what he dealt with on the D-Day beaches, it’s absolutely unbelievable.”

Payne made light of his wartime work, however. “The equipment was very comfortable,” he said. “You could dive for hours, but that was unnecessary. Anything is dangerous if you don’t take care. You had instructions of what to do and that’s all.”