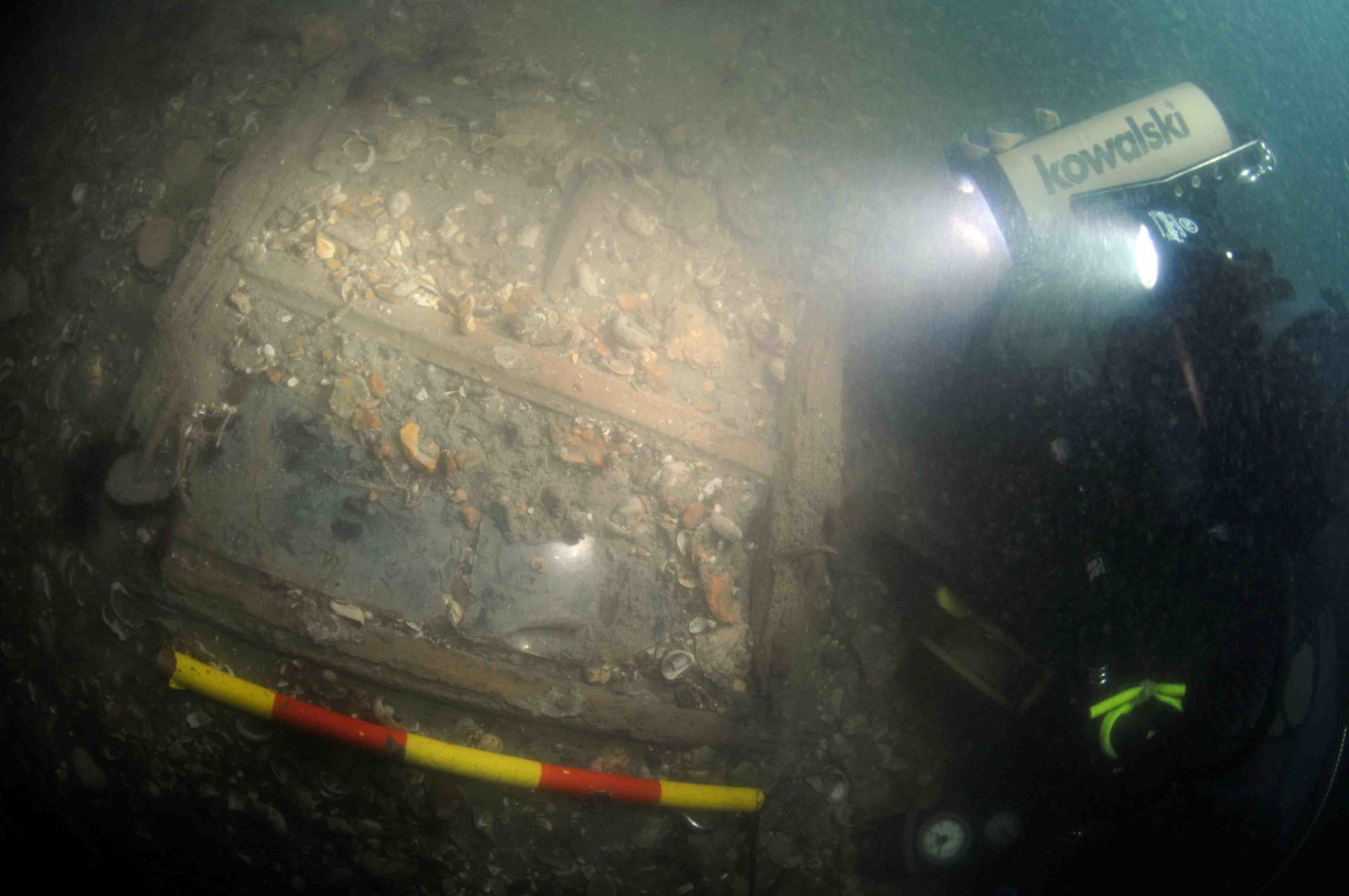 Diver examines a window into the wreck. (Picture: Michael Pitts)

An unidentified 19th-century sailing ship 21m deep in the Solent is featured in the latest virtual wreck-discovery trail to be commissioned by Historic England (HE).
Advertisement
Advertisement

The Thorness Bay site was first surveyed by the New Forest National Park Authority, after being brought to its attention by local boat skipper Dave Wendes.

Archaeological evidence gathered by divers indicates that the timber vessel was around 27m long, with a beam of 7-8m. A large iron windlass and other iron deck equipment indicates that it was in use during the mid-to-late 19th century.

One of the licence-holders has found what could be a letter G or number 6 near the bow, possibly part of the name.

HE commissioned Pascoe Archaeology Services and MSDS Marine, working with ArtasMedia and CyanSub, to create a virtual trail of the site, including 3D modelling and diver videos and photos. The re-creation was based not only on the stills and footage but on archival evidence and geophysical surveys.

“One doesn’t often get the chance to dive a mystery shipwreck, especially in the Solent, but the Thorness Bay wreck is exactly that,” said Daniel Pascoe of Pascoe Archaeology Services. “In a deepish, and dark, part of the Solent exposed features of this unknown wreck appear ghost-like in the divers’ torch-beams.

“I hope this trail conveys the mysterious atmosphere of the wreck and ignites interest, which will encourage others to investigate its identity and finally put a name to this forgotten wreck.”

A physical dive-trail on the seabed for visiting divers is due to be set up later this year. A licence to dive the protected Thorness Bay site is available from HE.