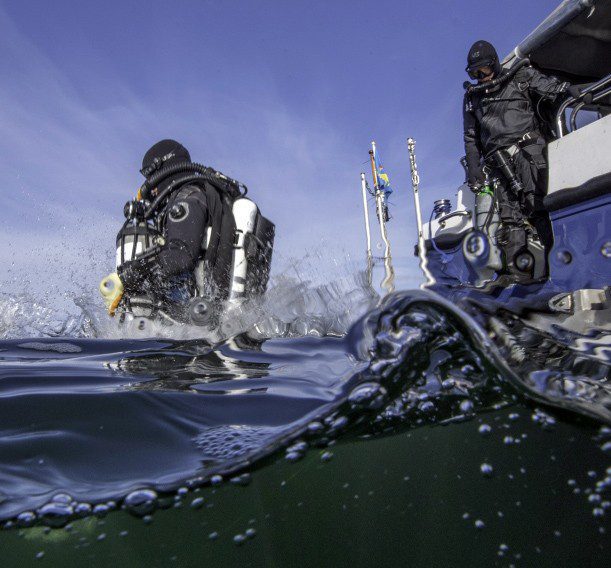 One of the earliest firearms ever found on a shipwreck, plus broken barrels believed to hold traces of 500-year-old Danish beer and an ornate tankard with a crown-like engraving, have all been found during a recent excavation of the 15th century Swedish warship Gribshunden.

A team of 40 marine archaeologists from 10 countries carried out three weeks of diving on the Baltic shipwreck, the flagship of King John of Denmark.

The vessel sank off Ronnenby in south-east Sweden in 1495, while sailing to the city of Kalmar for talks with Swedish separatist forces under Sten Sture the Elder.

The firearm, known as a “hand cannon”, is thought to have belonged to one of the soldiers on board.

The barrels, marked with the letter A, had stoppered holes on their lids to facilitate pouring, and the team have taken sediment samples in hopes of finding DNA evidence of hops. Beer was commonly carried on sea voyages, as it was considered safer to drink than water.

The Gribshunden is considered to be the world’s best-preserved example of the type of ship used by Christopher Columbus for his New World expeditions.

The remains of the 35m timber vessel were found at a depth of 10m by local divers in the 1970s but, unaware of the wreck’s significance, they did not inform archaeologists until 2000. The ship was identified as Gribshunden only in 2013.

Previous finds have included gun-mounts, chain-mail, glass, capstans and, in 2015, the well-preserved figurehead of the mythical “Griffen-Hound” after which the ship was named.

“We have managed to identify several new keys to the ship’s construction and we are getting closer to solving the riddle of how these kinds of ships were actually built,” said Johan Rönnby from Södertörn University. “It increases our knowledge of an important period of transition in the world, the time of the great explorers.”

The excavation was supervised by archaeologists from Södertörn and Lund Universities and Blekinge Museum in Sweden and included researchers from the UK, USA, Italy and Denmark.

“We hope to be able to return for more investigations next year – there are so many secrets down there,” said Brendan Foley of Lund University.