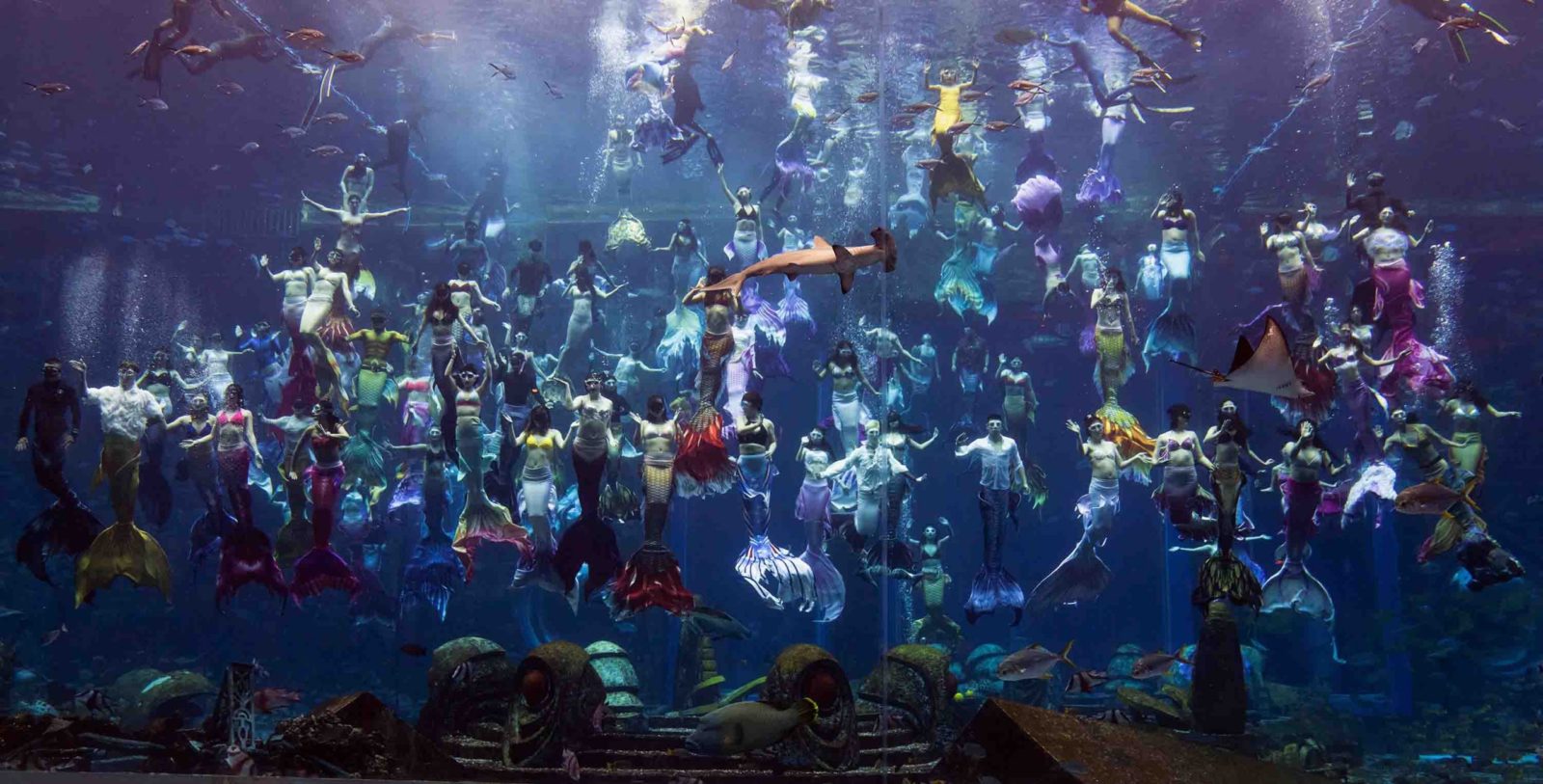 Diving is reported to be catching on in China, a nation where people have often been regarded as water-shy, and an increasingly popular if unusual entry route to the underwater world is – mermaiding.

International training agency PADI had noted the steady growth in recent years and, in late 2020, started offering four mermaiding courses in the country.

The women and men, 90% of whom were PADI Mermaid Instructors, assembled on 28 April with dozens of professional safety divers from all over the country to complete the challenge. It was months in the planning, said PADI, involving intensive underwater training, joint rehearsals and exercises.

The challenge was held in the resort’s Ambassador Lagoon, which contains a variety of marine life in 12,250 tonnes of sea water that can be viewed through a 16m x 8m acrylic wall.

The mermaids did more than simply assemble – they carried out a choreographed underwater performance. China’s first GWR certification officer Wu Xiaohong attended to ensure that the conditions for setting a world record were met.

“It took off like wildfire,” said PADI China president Yan Lou. “Within four short months after the official release of the new PADI Mermaid programme in China, mermaid now accounts for 30% of local PADI certifications.”

The PADI courses are Discover Mermaid, Basic Mermaid, Mermaid and Advanced Mermaid, and the hope is that the qualifications will also extend interest in scuba and standard freediving.