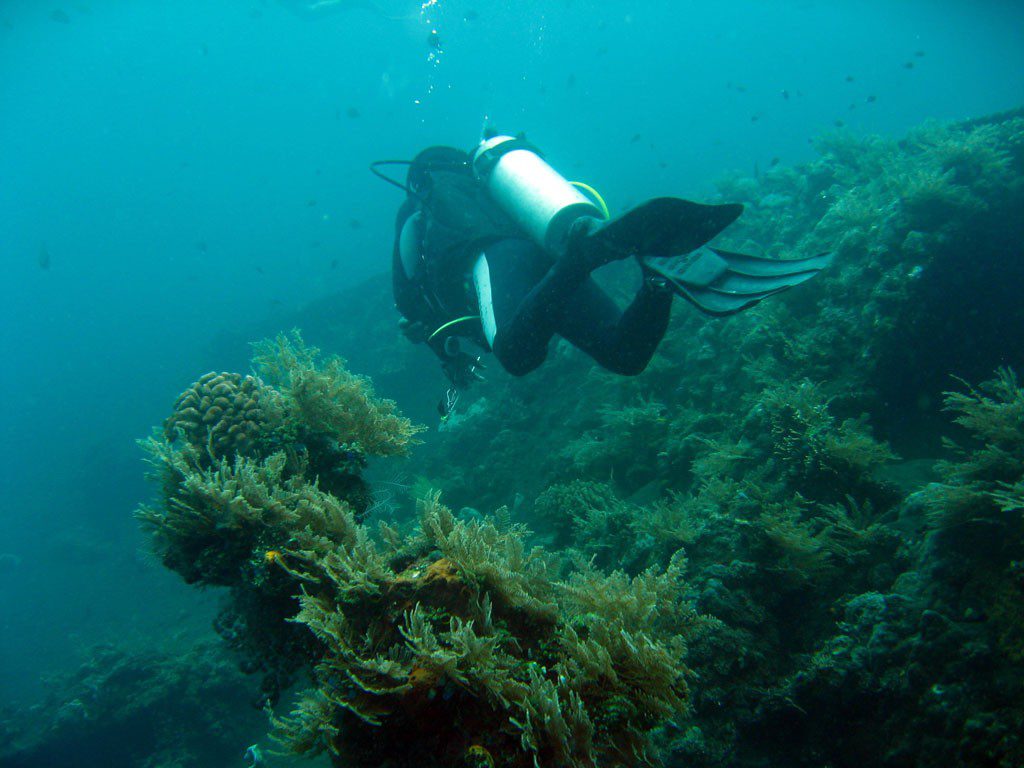 A British diver has described what it was like to be under water in north Bali when the earthquake that devastated neighbouring Lombok and the Gili islands occurred last Sunday (5 August).

Charlie Cresswell, 21, from London, told the Coconuts Bali news outlet that he had been at a depth of 22m about 10 minutes into a night-dive on the well-known Liberty wreck in Tulamben when his group felt the effects of the 7.0 quake, the epicentre of which was only about 60 miles east.

The group of four divers couldn’t exit immediately because they were on a shore dive. The Liberty lies only about 100m from the beach, where Cresswell’s girlfriend was waiting, and he said his first thought was for her safety.

“The ground didn’t move noticeably, but sand was thrown up massively and seriously reduced visibility,” he told Coconuts, adding that he was also concerned about whether the wreckage was shifting and the constant build-up of pressure in his ears that he was unable to equalise. “It wasn’t painful, but was quite scary. I’d never experienced anything like that at all.”

Cresswell was on a guided dive with Fab Dive, based in nearby Amed, and said his buddy Amy didn’t realise that the ear problems she was experiencing were being caused by pressure waves: “She thought it was just happening to her, so she was trying to bolt to the surface. I had to pull her down,” he said.

Cresswell said that between struggling to stop his buddy ascending and moving away from the Liberty he got through about 15 minutes’ worth of air in the two minutes immediately after the earthquake occurred.

The group made it back to shore, where they were told that a tsunami warning had been issued, so they had to rush 100m up a hill with other people from Amed. The all-clear was given about 20 minutes later.

Cresswell said it took a while for his ears to return to normal but that he was diving in Bali again later in the week, having had to cancel plans to go to the Gili islands, which had been evacuated in the wake of the earthquake.

Meanwhile an Irish diving instructor and Gili Trawangan resident has told Irish News that she was devastated by the destruction of her home on the island – but mainly concerned about staff from her dive-centre.

Fee Smith, 32, from Dublin, had worked with partner Ondrej Gomola as general managers of dive-centre Blue Marlin Dive for six years, but the couple had to be evacuated to Bali on 5 August in the wake of the earthquake.

She said that while all of their 109 staff appeared to be safe, more than half of them had lost their homes and had only limited access to food and water. Her priority was to get supplies to them.

“We can't live in our house again, but things can be rebuilt and stuff can be replaced,” she told the paper. Separate fund-raising campaigns had been set up to help rebuild both the dive-centre and the couple’s home. “We hope to go back to the island next week, when we can start receiving supplies to begin the rebuilding process,” she said.

The earthquakes are continuing, however, with a seventh affecting the Lombok area today (10 August). The death toll has now risen to 259.