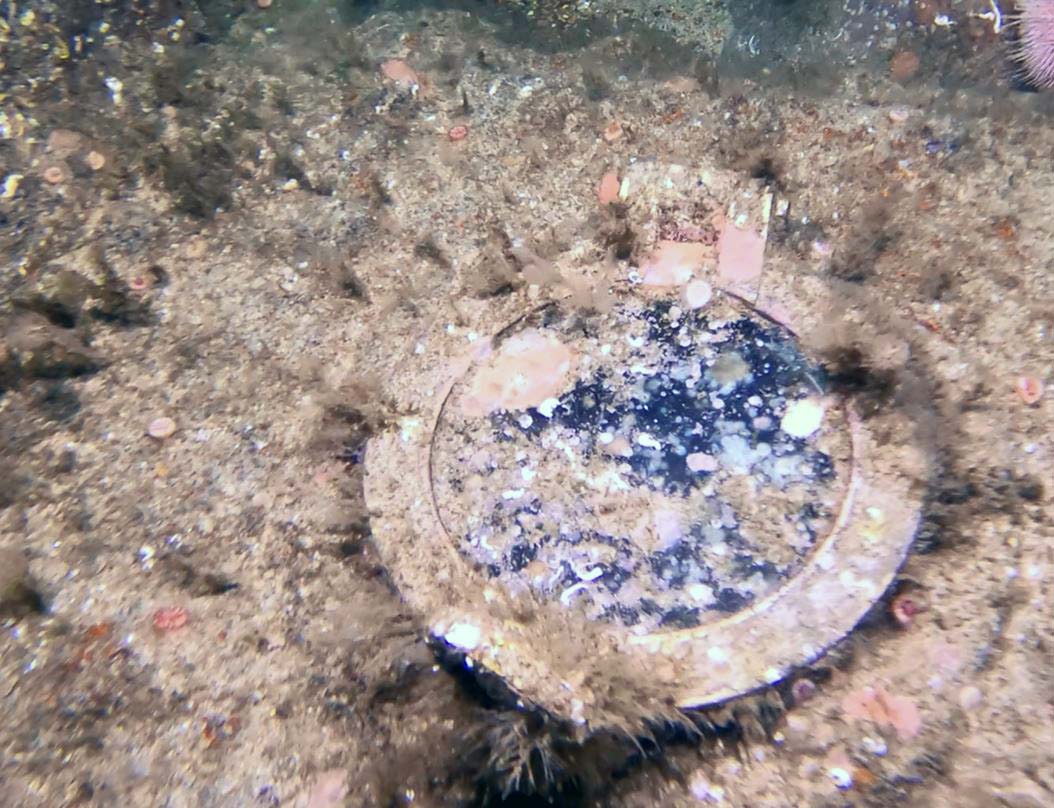 For more than a century the wrong German WW1 submarine was blamed for the sinking of cargo ship the Ruby in the Orkneys. Questioning assumptions has now led scuba divers to track down the long-lost wreck of the victim.

Bertrand Taylor and Keith Rendall of Stromness-based Sula Diving were first to dive the 50m-deep wreck of the Ruby on 8 June but it was detective work over some two decades by well-known wreck-researcher and Sula owner Kevin Heath that had finally revealed its location.

The small vessel, built in 1882, was heading along a supposedly mine-swept channel from Leith to Kirkwall on 29 March, 1917. About two miles south of the island of Auskerry she struck a mine and sank. Only one of the seven crew, an unnamed deckhand, survived.

The breakthrough came as a result of Heath’s discovery in late 2019 of another WW1 victim, sunk three weeks before the Ruby. This was HMS Albacore, on which 18 men had died. The destroyer’s bow was found to have struck a mine laid by UC-55, rather than UC-44 as previously believed.

The realisation that a previously unsuspected submarine had been responsible led Heath, working with U-boat historians Michael Lowrey and Simon Schnetzke, to rethink the case of the Ruby.

The cargo ship had been thought to have sunk in an area called Shapinsay String, but trawling the archives suggested that UC-42 had likely lain the mine responsible. Only five miles away when the Ruby was hit, the U-boat’s crew had actually logged the explosion.

Heath told the Press and Journal that once he had narrowed down likely locations it had taken no more than three hours to find the Ruby.

The wreck lay upright with the hull collapsed and the bow badly damaged. The divers could see the propeller, rudder-post and propshaft at the stern, with the inverted steam-driven cargo-winch lying across the shaft at the forward end of the empty aft hold.

The upright two-cylinder compound engine and single boiler could be seen further forward, and in the forward hold were bags of cement and empty jars, possibly for jam, as well as remains of the winch. The forward section was badly damaged but the mast was visible.

Michael Lowery has also played a part in another recent deep diving operation – at the opposite end of the UK. A WW1 U-boat wreck off the Lizard in Cornwall has been investigated by technical divers who were able to positively identify it as U-95.

The group were diving down to 75m with Mark Millburn’s Atlantic Scuba from its dive-boat Moonshadow.

US-based Lowery, who runs the uboat.net website, had asked diver Steve Mortimer in 2019 if the site could be investigated to identify the U-boat and determine how it came to sink. The two had co-operated the previous year to find off Dartmouth the prototype Royal Navy submarine D1, recently protected as reported on Divernet.

The mystery Lizard U-boat had first been dived in 2004 and again in 2006. The Royal Navy had recorded it as U-93 while a sister-sub sunk off France’s Brittany coast had been identified by divers as U-95 – but doubts remained.

By scrubbing a propeller, Mortimer’s team were able to reveal its date markings and conclude that the submarine was U-95, meaning that the Brittany wreck had to be U-93.

U-95 had been launched in January 1917, and the date stamp indicated, unexpectedly, that the propellers had not been fitted until after the launch.

British merchant steamer Breaneill had claimed to have rammed U-95 in the area on 7 January, 1918, but the fact that there was also a minefield nearby had cast doubt on that claim until the recent dive. It also vindicates British submarine expert Innes McCartney’s claim in 2006 that the wreck he had dived was probably U-95.

The divers noted damage to the port side and open hatches in the conning-tower and engine-room. This suggested that ramming while at the surface was the likely cause of the sinking, though the evidence was not conclusive.