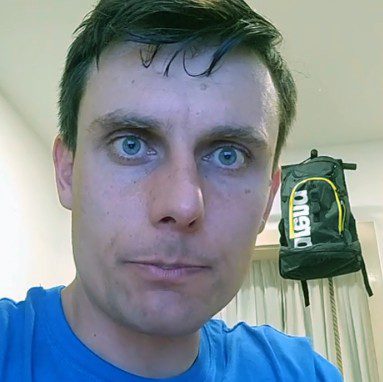 Wearing only trunks and without fins or weights, Vencl took 95 seconds to cover the 81m between two ice-holes in a frozen-over Czech quarry on Tuesday, 23 February.

The lake was in Lahost, about 60 miles from the capital Prague. The ice was 30cm thick, now a condition for the record, and the water temperature was 3 degrees C.

The record has been held by Danish freediver Stig Severinsen since October 2013. He covered 76m under ice in Greenland, and still holds the record until Vencl’s bid has been verified, which could take as long as three months.

“80.9m under the ice to catch a breath and I must say that I really enjoyed it,” 38-year-old Vencl said after his exploit. “Not just the euphoria that came after emerging, but the calm under the ice.  I swam very well and I was surprised how fast I was.  It was a great experience for me.”

Vencl had originally planned the attempt for a glacial lake in Austria but changed his plans because of Covid travelling restrictions. He said he had covered a distance of 75m three times under ice during build-up training,

Severinsen still holds the under-ice distance record of 152m with wetsuit and fins, swum in 2min, 11sec eight years ago.