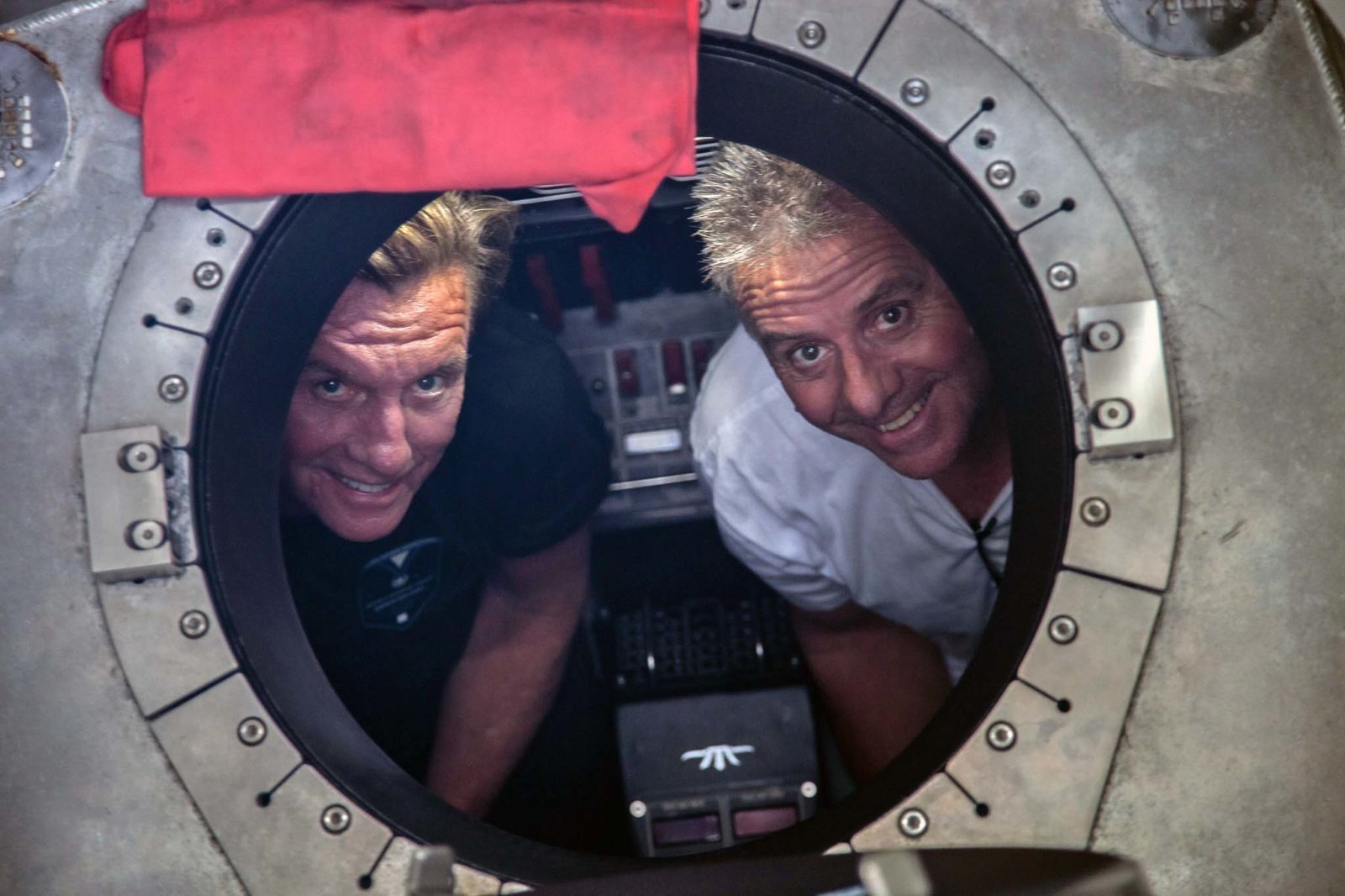 “Scientific gold” is how the first live sighting by submersible divers of the world’s deepest-dwelling fish has been acclaimed by researchers.

Yesterday (2 May) Divernet reported on the depth testing of a “soft” robot inspired by the hadal snailfish (Pseudoliparis swirei), the only known fish able to withstand the pressures and temperatures in the deepest parts of the world’s oceans.

The fish itself had been recorded before but only by cameras carried by unmanned deep-sea vehicles. The live sighting was made by pilot Patrick Lahey, co-founder of Triton Submarines, and his passenger US businessman Larry Connor. They were on the last of three deep dives carried out over five days in the 11km-deep Mariana Trench, in the Pacific Ocean near Guam.

They were using Limiting Factor, the Triton 36000/2 submersible owned by Victor Vescovo in which a number of recent depth records have been set, including deepest wreck-dive, as reported on Divernet.

Besides capturing the snailfish on camera, Lahey and Connor brought back video footage of previously unseen areas of the seabed marked by multiple sulphur mounds, and collected samples of bacterial mats and deep-sea anemones.

Their first two dives were in Challenger Deep and Sirena Deep but it was on a shallower descent, to an extinct volcano at around 7.6km, that the snailfish was spotted. Connor described it as luminescent, swimming with a snake-like motion and 20-23cm long (matching its robot imitator).

The sighting was an unexpected bonus. “Capturing the Mariana snailfish on video is scientific gold,” said the expedition’s chief scientist Dr Alan Jamieson

“Larry and Patrick are the first humans to spot this fish alive in its habitat. They also brought back hours of astonishing footage and samples that will help us better understand the geologic and biologic makeup of the hadal zone.”

Connor, founder and CEO of property business the Connor Group, is set to pilot the first private mission to the International Space Station next year. The deep dives fulfilled the first part of his objective to be the first person to achieve both the greatest depth and highest altitude in the space of a year.

The expedition was carried out by the research vessel Pressure Drop and led by Rob McCallum of EYOS Expeditions.

“To successfully complete three dives in just five days into the darkest, most inhospitable and unknown parts of Earth is an endeavour I was honoured to be a part of,” said Connor.